I had one Raspberry Pi3 in my home office (actually it was missing for few months). Found it two nights back, and decided to put it in use. Best part is the on-board WiFi. This means I can put it anywhere in the house, and still access it. I generally use Raspbian on my Pi(s), so did the same this time too. After booting from a fresh SD card, did the following to install Music Player Daemon.

This got MPD running on the system, the default location of the songs directory is /var/lib/mpd/music. You can setup the location in /etc/mpd.conf file. But this time when ever I changed a song, the service stopped. I had to restart the service. After poking around for sometime, I found that I have to uncomment the following from the mpd.conf file.

I also changed the value of mixer_type to software, that enables volume control from the software. After a restart everything worked as planned. I have MPD clients on my phone (and also even on Anwesha's phone, and on mother-in-law's tablet), and also on laptop. 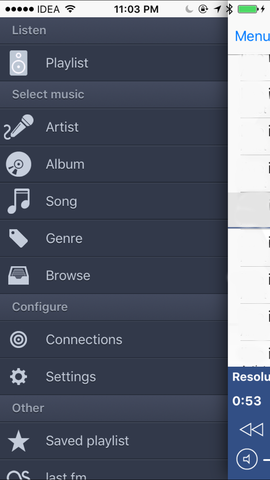 The above is the screenshot of the client on phone. On my Fedora laptop I installed a new client called cantata. 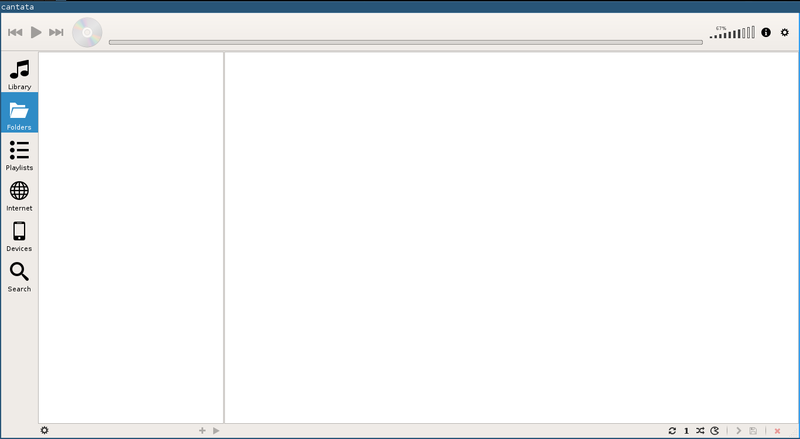 If you have any tips on MPD, or on similar setups, feel free to comment, or drop a note on twitter/mail. Happy music everyone.