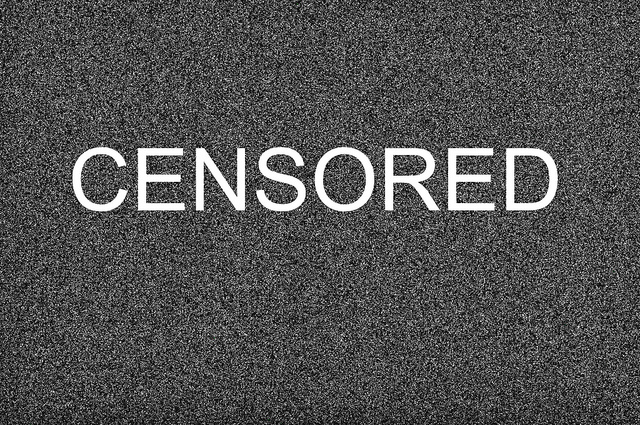 A branch of the Indian government, the Ministry of Information and Broadcasting, is trying once again to censor Internet and Freedom of Speech. This time, it ordered to form a committee of 10 members who will frame regulations for online media/ news portals and online content.

This order includes these following Terms of Reference for the committee.

What are the immediate problems posed by this order?

If one reads carefully, one can see how vague are the terms, and specifically how they added the term online content into it.

online content means everything we can see/read/listen do over cyberspace. In the last few years, a number of new news organizations came up in India, whose fearless reporting have caused a lot of problems for the government and their friends. Even though they managed to censor publishing (sometimes self censored) news in the mainstream Indian media, but all of these new online media houses and individual bloggers and security researchers and activists kept informing the mass about the wrongdoings of the people in power.

With this latest attempt to restrict free speech over the internet, the government is trying to increase its reach even more. Broad terms like online content platforms or online media or news/media aggregators will include every person and websites under its watch. One of the impacts of mass indiscriminate surveillance like this is that people are shamed into reading and thinking only what is in line with the government, or popular thought .

How do you determine if some blog post or update in a social media platform is news or not? For me, most of things I read on the internet are news to me. I learn, I communicate my thoughts over these various platforms on cyberspace. To all those computer people reading this blog post, think about the moment when you will try to search about “how to do X in Y programming language?” on Internet, but, you can not see the result because that is blocked by this censorship.

India is also known for random blockades of different sites over the years. The Government also ordered to kill Internet for entire states for many days. For the majority of internet blockages, we, the citizens of India were neither informed the reasons nor given a chance to question the legality of those bans. India has been marked as acountry under surveillance by Reporters Without Borders back in 2012.

Also remember that this is the same Government, which was trying to fight at its best in the Supreme Court of India last year, to curb the privacy of every Indian citizen. They said that Indian citizens do not have any right to privacy. Thankfully the bench declared the following:

The right to privacy is protected as an intrinsic part of the right to life and personal liberty under Article 21 and as a part of the freedoms guaranteed by Part III of the Constitution.

Privacy is a fundamental right of every Indian citizen.

However, that fundamental right is still under attack in the name of another draconian law The Aadhaar act. A case is currently going on in the Supreme Court of India to determine the constitutional validity of Aadhaar. In the recent past, when journalists reported how the Aadhaar data can be breached, instead of fixing the problems, the government is criminally investigating the journalists.

A Declaration of the Independence of Cyberspace

Different governments across the world kept trying (and they will keep trying again and again) to curb free speech and press freedom. They are trying to draw borders and boundaries inside of cyberspace, and restrict the true nature of what is it referring to here?.

In 1996, late John Perry Barlow wrote A Declaration of the Independence of Cyberspace, and I think that fits in naturally in the current discussion.

Governments of the Industrial World, you weary giants of flesh and steel, I come from Cyberspace, the new home of Mind. On behalf of the future, I ask you of the past to leave us alone. You are not welcome among us. You have no sovereignty where we gather. -- John Perry Barlow

How can you help to fight back censorship?

Each and every one of us are affected by this, and we all can help to fight back and resist censorship. The simplest thing you can do is start talking about the problems. Discuss them with your neighbor, talk about it while commuting to the office. Explain the problem to your children or to your parents. Write about it, write blog posts, share across all the different social media platforms. Many of your friends (from other fields than computer technology) may be using Internet daily, but might not know about the destruction these laws can cause and the censorship imposed on the citizens of India.

Educate people, learn from others about the problems arising. If you are giving a talk about a FOSS technology, also talk about how a free and open Internet is helping all of us to stay connected. If that freedom goes away, we will lose everything. At any programming workshop you attend, share these knowledge with other participants.

In many cases, using tools to bypass censorship altogether is also very helpful (avoiding any direct confrontation). The Tor Project is a free software and open network which helps to keep freedom and privacy of the users. By circumventing surveillance and censorship, one can use it more for daily Internet browsing. The increase in Tor traffic will help all of the Tor network users together. This makes any attempt of tracking individuals even more expensive for any nation state actors. So, download the Tor Browser today and start using it for everything.

In this era of Public private partnership from hell, Cory Doctorow beautifully explained how internet is the nervous system of 21st century, and how we all can join together to save the freedom of internet. Listen to him, do your part.