Starting of the conversation

I don't remember when I called Siddhesh for the first time to talk about organising FUDCon in India this year. But the discussion started, at first I wanted to bid with Durgapur as the venue. But after some discussion, we agreed that Pune is a better place in many cases which we want in a venue for FUDCon.

The bid and venue

I was in Kolkata, I was not directly involved with the bid. But the team did an amazing job in putting up the bid, doing many ground works. MITCoE was chosen as the venue, but we had few other college names in the list as backup.

Four of us (Siddhesh, Amit, Nipendra, and me) took the charge of selecting talks. After many long calls/videos chats we had the initial selected talk list, and it got published in the site on time. That reminds me to speak about the effort Siddhesh put up to fix our fudcon.in, I know how many sleepless nights he spent to get everything working as required.

I came down to Pune on 26th of May, and start working with rest of the organisers. My primary responsibility was related to final travel for the speakers/contributors, and doing the travel for the day of the events. Sanisoft helped us with the event schedule. Hasgeek stepped up to help with the video recording/streaming of the event.

Suprith came up as a volunteer, and he did a tremendous job while running around through out city, and getting best quotes for swag, and printing. Another super big help came from Rupali, who handled/worked on almost everything other than talk selection, and made sure that the event becomes a success

I spent two sleepless nights just before the event starts to make sure all speakers reach the hotel on time, and safely. 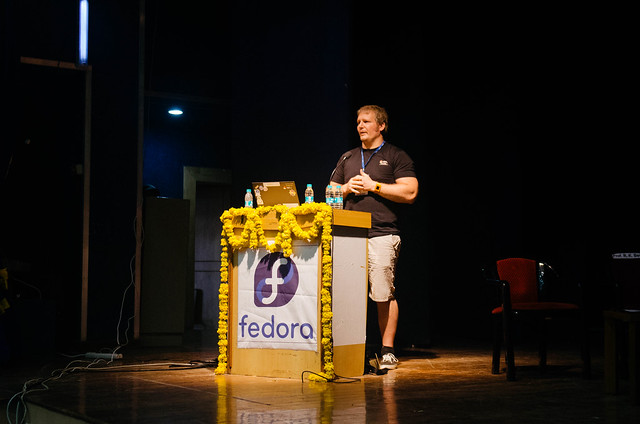 Dennis Gilmore started the event with his keynote. We learned a lot about the future plans of Fedora release engineering team in that. After that we had the education panel with a opening event from the college authority.

Harish did the closing keynote on day one. Jiri did the opening keynote on day two. As you can see I am only talking about the keynotes as I was running around doing smaller tasks during the event. We also had Fedora Ambassadors APAC meeting during FUDCon. 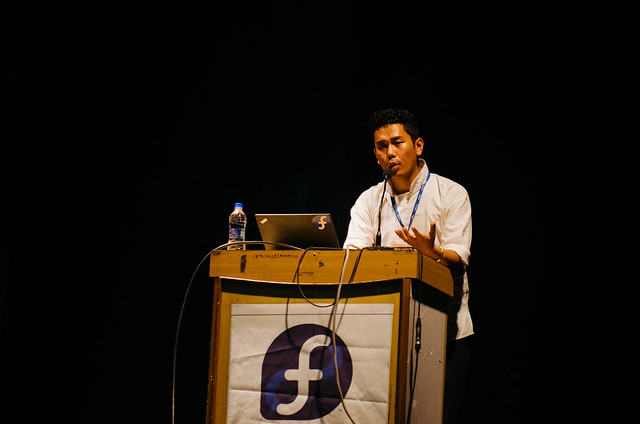 The day two closing keynote was from Tenzin Chokden about the Tibetan Government and community in exile and how it safeguarded itself with help of open source tools and the Fedora community from the spying network called GhostNet. This was eye opening in different ways, showing the problems they face everyday, and about how the small contributions from the FOSS communities help them in bigger ways.

Day three was full with workshops and specialized groups. I gave a small 10 minutes talk about CentOS Cloud SIG in the Openstack track. Harish conducted an amazing workshop as GPG.

My job finished when the last speaker returned home safely. But this is not the end, we will be doing local event as follow ups to try to get more open source contributors. I was very happy to see many students who traveled more than one day to reach Pune for the event. If they continue their journey in the community, I am sure they will shine in their own career path. 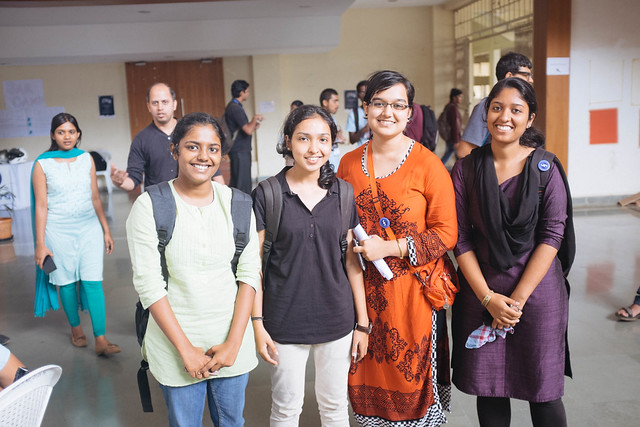 You can view the full photo set here.

I don't have words to praise the volunteers for the amount of work they put up for the conference. I can only say thank you all for everything. Just want to mention Siddhesh specifically. The community needs more leaders like you. I hope many will follow your path.