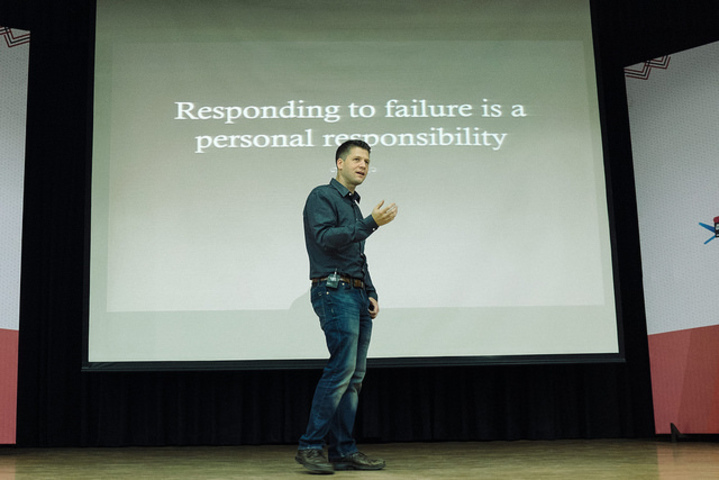 This time instead of per day report, I will try to write about things happened during PyCon India. This time we had the conference at JNU, in Delhi. It was nice to be back at JNU after such a long time. The other plus point was about the chance to meet ilug-delhi again.

We had booth duty during the conference. Thanks to Rupali, we managed to share the booth space with PyLadies. After the keynote the booth space got flooded with people. Many of them were students, or freshers looking for internship option. We also had queries about services provided by Red Hat. Just outside the booth we had Ganesh, SurajN, Trishna, , they were talking to every person visit our booth. Answering the hundreds of queries people had. It was nice to see how they were talking about working upstream, and inspiring students to become upstream contributor. I also did a talk Python usage in Red Hat family. 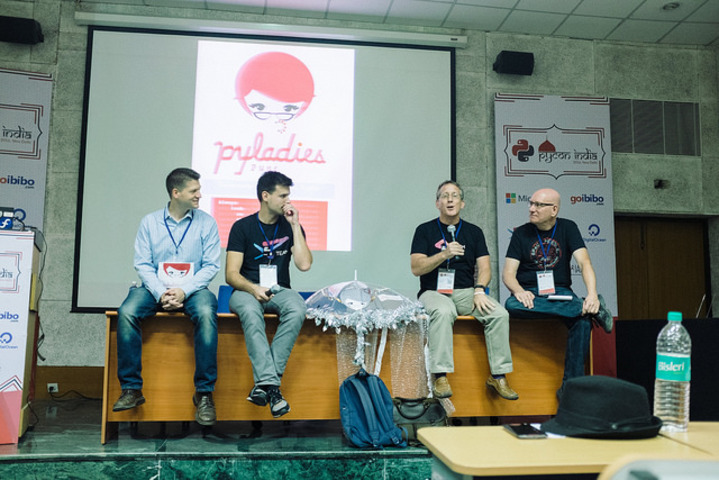 This was the first time we had PyLadies presence in PyCon India. You can read their experience from their blogs, 1, 2, 3. This presence was very important as it helped the community to learn about PyLadies. We saw the expectation of starting new chapters in different parts of the country. Nisha, Anwesha, Pooja, Rupali, Janki and the rest of the team managed to get an impromptu open space session, which I think was the best session on community I ever saw. Jeff Rush, Van Lindberg, Paul Everitt, Dmitry Filippov joined to share their experience in community. 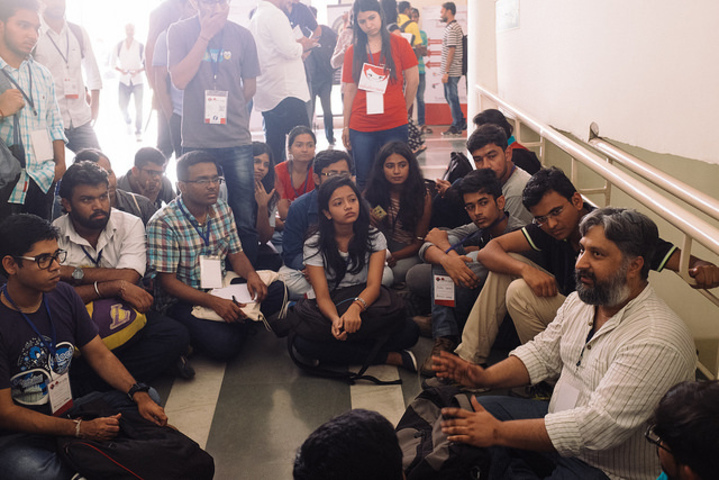 From dgplug.org we all meet face to face during PyCon India, we generally call the meeting as stair case meeting as we used to seat in the stair case of the Bangalore venue. This time we chose the seat in the ramp in the venue. We had a list of people coming, but as you can see in the photo below, the list of dgplug, and friends is ever growing. Sirtaj also came in during the meeting, and shared some valuable ideas with the students. I should mention VanL's keynote at day one here. As he spoke about "failure", which is something people don't prefer to talk. It is very much important for the students to understand that failure is something to learn from, not to run away. Most of the students we talked later, had being able to understand the points Van made in his talk. 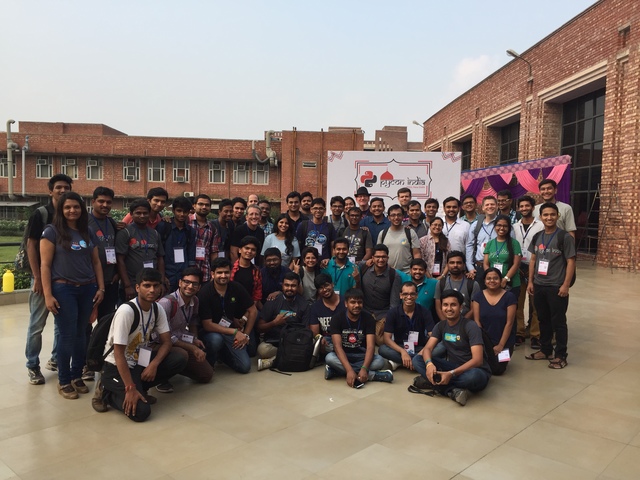 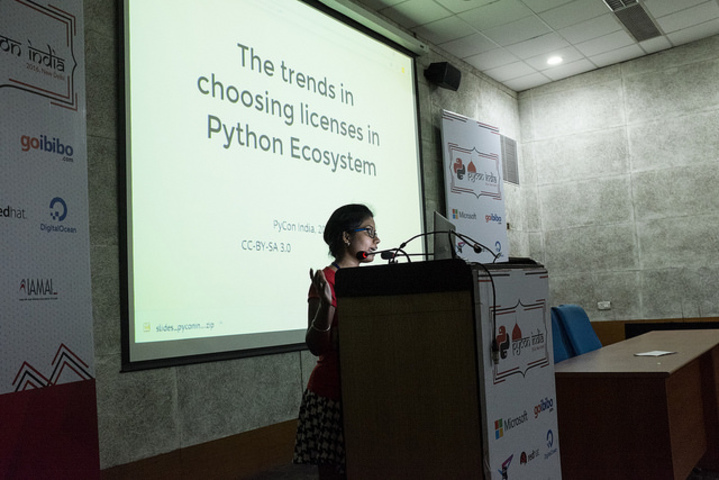 She already wrote about the talk in her blog. But I want to mention it again as it gave a new perspective to the developers present in the conference. For the students present in the conference who wanted to become upstream contributors, got a chance to learn about the binding point, the license. She talked about best practises at the end of her talk. Few days back I read another blog post about her talk (and the PyLadies).

One can view all the photos in my flickr album.