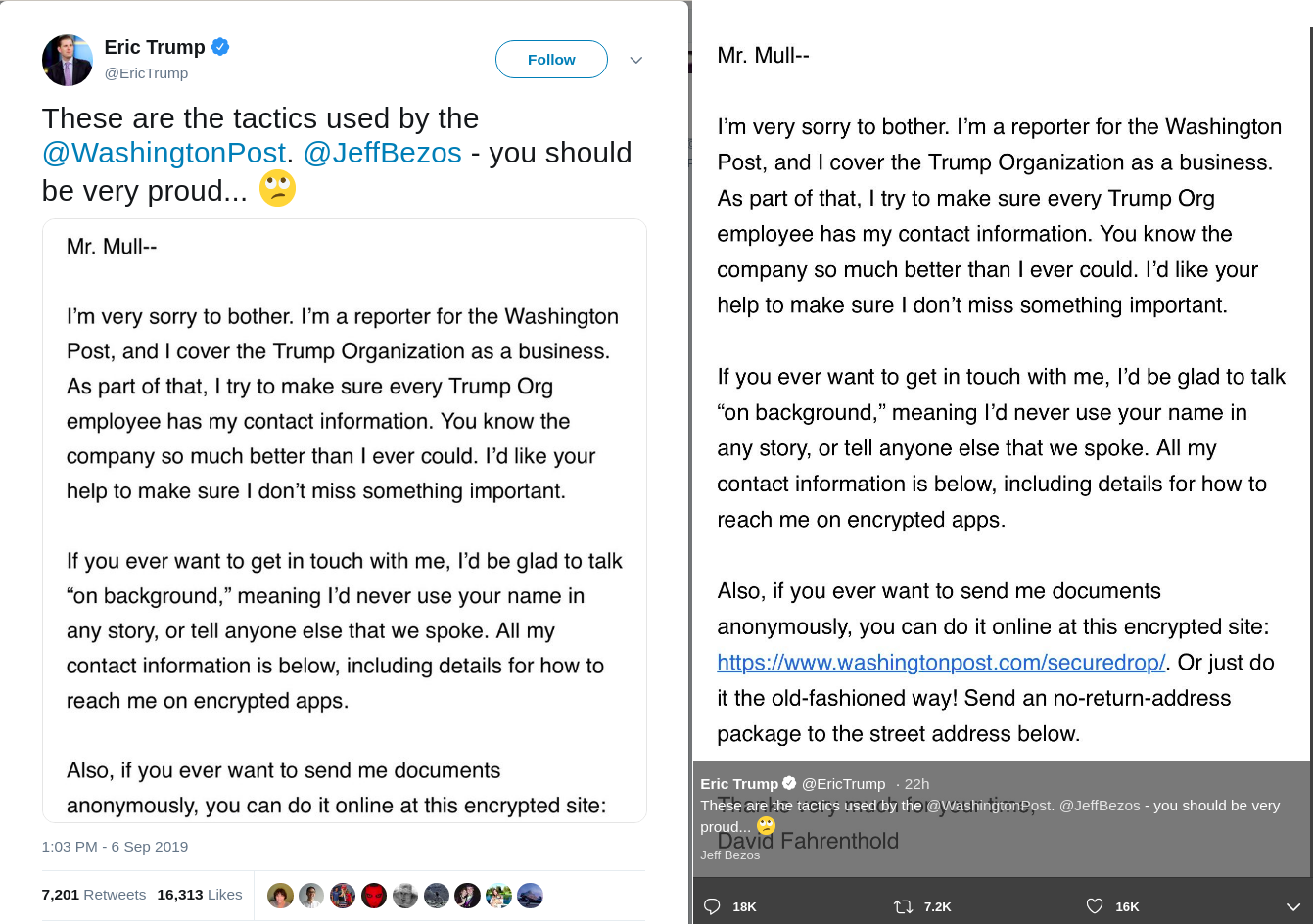 Last week there was an interesting tweet from Eric Trump, son of US President Donald Trump. Where he points out how Mr. David Fahrenthold, a journalist from Washington Post did some old school journalism and made sure that every Trump organization employee knows about how to securely leak information or talk to a journalist via SecureDrop.

I want to say thank you to him for this excellent advertisement for our work. There were many people over Twitter, cheering him for this tweet. 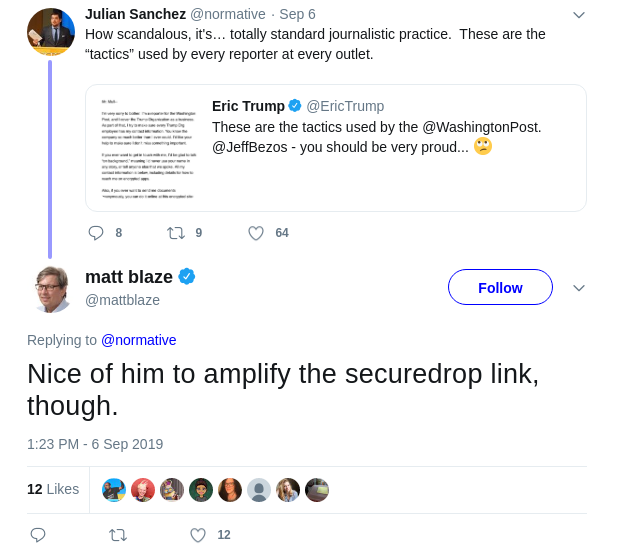 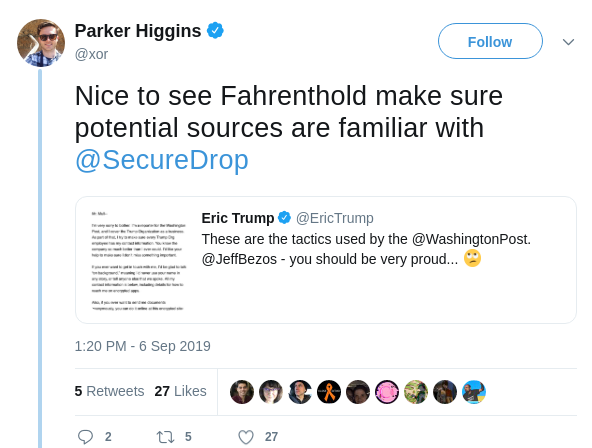 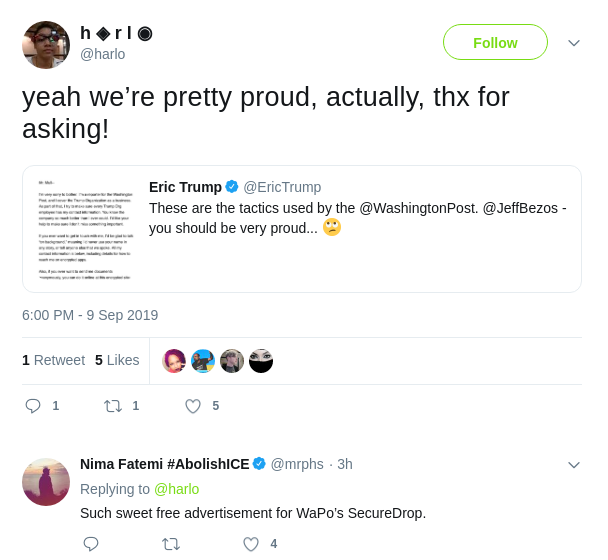 If you don’t know what SecureDrop is, it is an open-source whistleblower submission system that media organizations and NGOs can install to securely accept documents from anonymous sources. It was originally created by the late Aaron Swartz and is now managed by Freedom of the Press Foundation. It is mostly written in Python and uses a lot of Ansible. Jennifer Helsby, the lead developer of SecureDrop and I took part in this week’s Python podcast along with our host Tobias. You can listen to learn about many upcoming features and plans.

If you are interested to contribute to the SecureDrop project, come over to our gitter channel and say hello.

Last month, during Defcon 27, there was a panel about DEF CON to help hackers anonymously submit bugs to the government, interestingly the major suggestion in that panel is to use SecureDrop (hosted by Defcon) so that the researchers can safely submit vulnerabilities to the US government. Watch the full panel discussion to learn more in details.