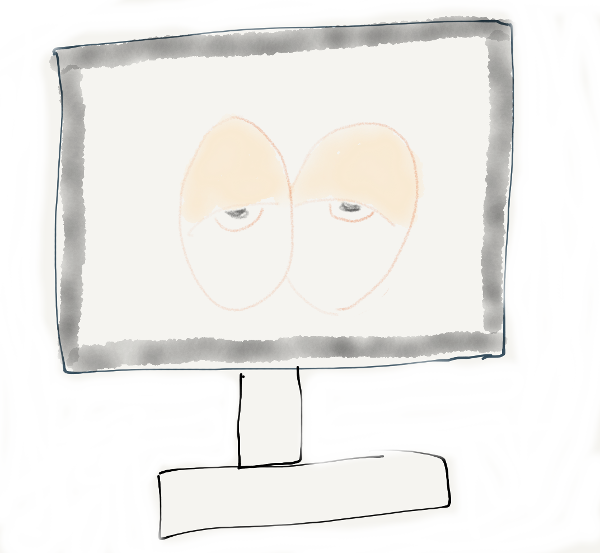 Back in 2005 I joined my first job, in a software company in Bangalore. It was a backend of a big foreign bank. We trained heavily on different parts of software development during the first few months. At the same time, I had an altercation with the senior manager (about some Java code) who was in charge of the new joinees and their placement within the company. The result? Everyone else got a team but me, and I had to roam around within the office to find an empty seat and wait there till the actual seat owner came back. I managed to spend a lot of days in the cafeteria on the rooftop. But, then they made new rules that one can not sit there either, other than at lunch time.

So, I went asking around, talking to all the different people in the office (there were 500+ folks iirc) if they know any team who would take on a fresher. I tried to throw in words like Linux, open source to better my chances. And then one day, I heard that the research and development team was looking for someone with Linux and PHP skills. I went in to have a chat with the team, and they told me the problem (it was actually on DSpace, a Java based documentation/content repository system), and after looking at my resume decided to give me a desktop for couple of weeks. I managed to solve the problem in next few days, and after a week or so, I was told that I will join the team. There were couple of super senior managers and I was the only kid on that block. Being part of this team allowed me to explore different technologies and programming languages.

I will later write down my experiences in more detail, but for today, I want to focus on one particular incident. The kind of incident, which all system administrators experience at least once in their life (I guess). I got root access to the production server of the DSpace installation within a few weeks. I had a Windows desktop, and used putty to ssh in to the server. As this company was backend of the big bank, except for a few senior managers, no one else had access to Internet on their systems. There were 2 desktops in the kiosk in the ground floor, and one had to stand in a long queue to get a chance to access Internet.

One day I came back from the lunch (a good one), and was feeling a bit sleepy. I had taken down the tomcat server, pushed the changes to the application, and then wanted to start the server up again. Typed the whole path to startup.sh (I don’t remember the actual name, I’m just guessing it was startup.sh) and hit Enter. I was waiting for the long screens of messages this startup script spewed as it started up, but instead, I got back the prompt quickly. I was wondering what went wrong. Then, looking at the monitor very closely, I suddenly realised that I was planning to delete some other file and I had written rm at the beginning of the command prompt, forgotten it, and then typed the path of the startup.sh. Suddenly I felt the place get very hot and stuffy; I started sweating and all blood drained from my face in the next few moments. I was at panic level 9. I was wondering what to do. I thought about the next steps to follow. I still had a small window of time to fix the service. Suddenly I realized that I can get a copy of the script from the Internet (yay, Open Source!). So, I picked up a pad and a pen, ran down to the ground floor, and stood in the queue to get access to a computer with Internet. After getting the seat, I started writing down the whole startup.sh on the pad and double checked it. Ran right back up to my cubicle, feverishly typed in the script, (somehow miraculously without any typo in one go.) As I executed the script, I saw the familiar output, messages scrolling up, screen after joyful screen. And finally as it started up, I sighed a huge sigh of relief. And after the adrenalin levels came down, I wrote an incident report to my management, and later talked about it during a meeting.

From that day on, before doing any kind of destructive operation, I double check the command prompt for any typo. I make sure, that I don’t remove anything randomly and also make sure that I have my backups is place.