During FUDCon, I heard that later in the year we might get a Django Girls workshop in Pune. If you never heard about Django Girls before, here is a quote from the website:

"Django Girls is a non-profit organization that empowers and helps women to organize free, one-day programming workshops by providing tools, resources and support. It was born in July 2014 in Berlin and started by two Polish girls: Ola Sitarska and Ola Sendecka."

I also found that we are going host it in the Red Hat Pune office. As soon as the call for mentors came out, I applied, and got chosen to become a mentor for the workshop. 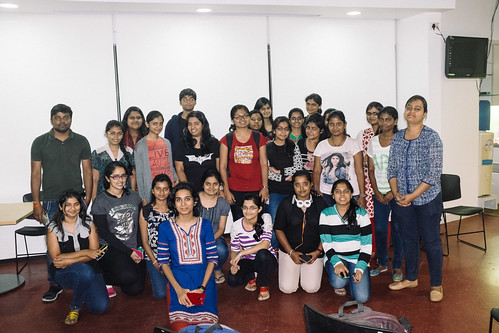 Last Saturday was the actual workshop day. Going to office only after four hours of sleep was difficult, but I somehow managed to do so with enough amount of coffee :). I met Shagufta (the organizer) of the workshop there, later Priyanka also reached the venue. There were in total five mentors, and around twenty-seven participants. We started a bit late as we had to wait for a few participants. 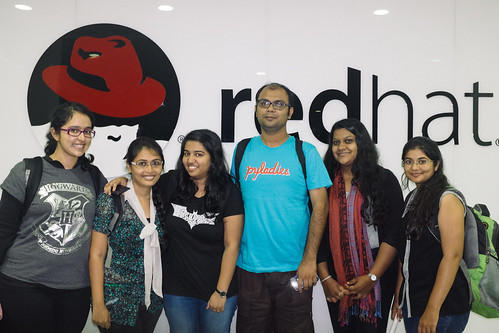 In my group I had five students, one just finished college this year, two were in their final years, and one second year student. The last student was from third year mechanical department. Python was a new language for them, and two students used Windows. <sarcasm>As my knowledge about Windows is way better</sarcasm>, we installed Fedora on Virtualbox in those two computers. The tutorial for the workshop is available on Github. At the beginning of the session, I told that our biggest problem will be typing mistakes (as it is in any workshop). We learned few basic commands, Python language syntax, and then moved into Django. We also used the excellent https://www.pythonanywhere.com to deploy our code. We went with a slow pace as we have to keep debugging our typing mistakes :) Even though we did not finish the whole tutorial, I showed them how to use IRC, and get help there. I also suggested that we can do a few more sessions if they want, they just have to come with a date when all of them can come down once again. Oh here is a tip, if your students want to copy-paste code from the book, ask them to do so from the markdown source files, or from rendered HTML files in github.

The workshop ended with a group photoshoot. There will be another workshop in Mumbai in the coming months.