Rootconf is the largest DevOps, and Cloud infrastructure related conference in India. This year's event happened on 14-15th April in the MLR convention center, Bangalore. I traveled on the day one of the event from Pune. Woke up by 3AM in the morning, and then took the first flight to Bangalore. Picked up Ramky on my way to the venue. Managed to skip most of the (in)famous Bangalore traffic thanks to a govt holiday. 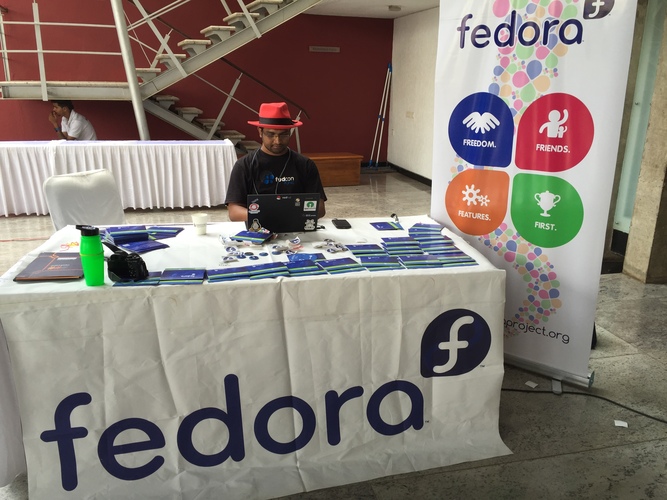 I carried the Fedora standee, and the table cloth from Pune, we set up the Fedora table in the conference. Meanwhile the place was getting full with attendees. We found so many ex-foss.in friends. Premshree, Pankaj, Raj, Vasundhar and many others I met after years. There were 300+ attendees in the event. 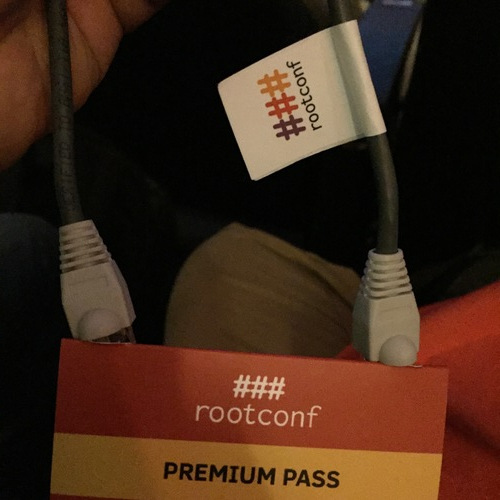 I should also mention about the Cat5 cable lanyard. 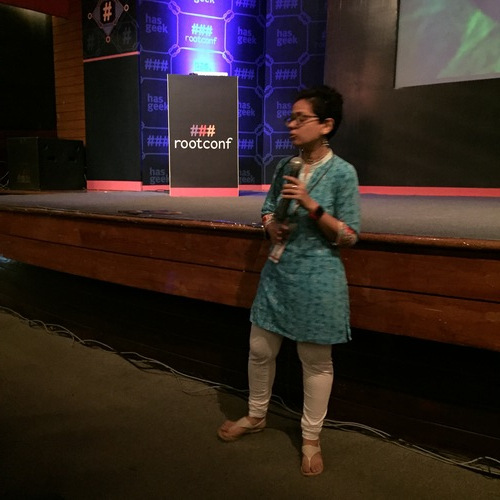 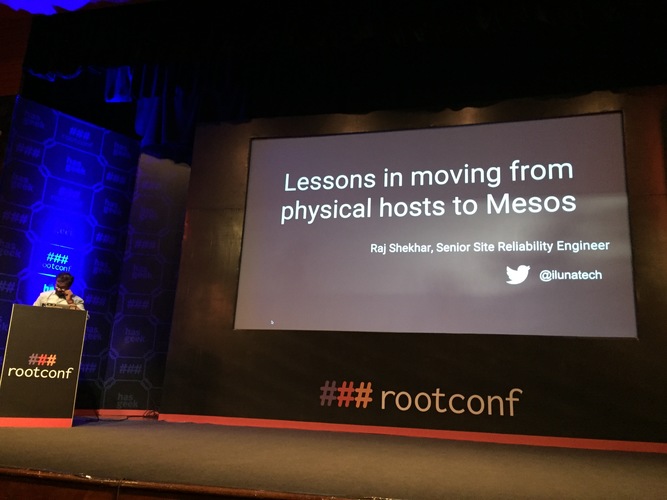 The day started with Zainab welcoming everyone is super fast manner :) The first talk of the day was " Happiness through Crash-Only software" by Antoine Grondin. The whole idea that failure is part of life, and we will make our software even more complex by trying to avoid is something we all should keep in mind. He gave some ideas about how Digital Ocean works in the back. Instead of a normal start/end he explained how having recovering from failed state as start, and considering that the process will fail at the end can help. Seeing hand drawn slides was another exciting thing for me, I was doing that quite a lot in my previous talks.

The next talk was from Raj Shekhar, who gave an overview of Mesos. Even in the limited time, his talk was a very right fit while still describing the use case. This was the first time I listened to a talk about Mesos, and it was a very good one.

After this during tea break we moved out the booth/table. We had Ramky, Lalatendu, Aditya, /me, and rtnpro in the table talking to the attendees. The Fedora DVD(s), and badges went out like hot cakes :) Through out two days we had many questions related to Project Atomic, the great looking stickers actually helped to get more attention. In between, I went through the details of my talk to Raj, he provided some valuable input.

Food is always great in hasgeek events, but having so many food startups from Bangalore in one place seriously added new flavor to the conference. hasgeek is not only growing itself, but making sure that they have a great community all across the conference, from talks to food, everything.

Rest of the day 1 we spent talking to people in, and around booth area. hasgeek gets some great recording done of their talks, so we can view them in future :) In the evening we had the dinner at the venue, once again too tasty food :) I went to rtnpro's house by 10pm as I still wanted to work on my slides. 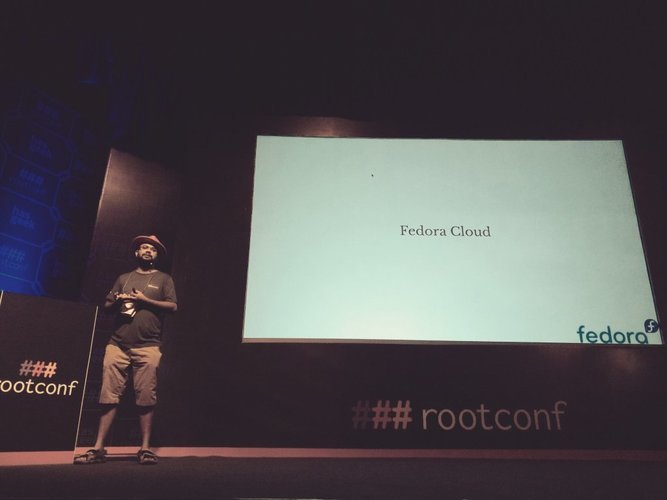 Woke up by 6:30AM, and went through my slides once again. The title of my talk was "Failure at Cloud and rescued by Python". The agenda of the talk was to encourage DevOps/Sys-admins to write Python scripts than shell scripts. It was the first talk of the day. I hope it went well, the slides are available here. As I mentioned Ansible in my talk, we had many Ansible questions asked in the Fedora booth. 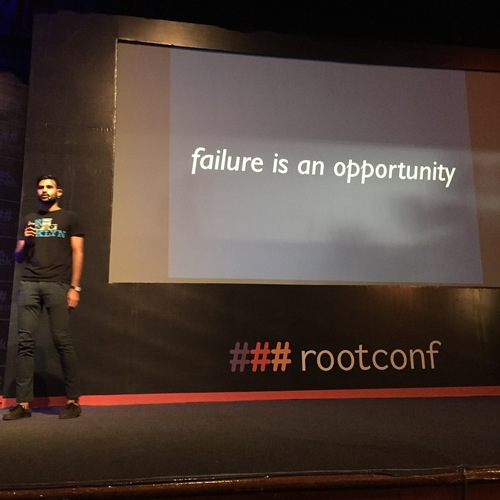 Next was Premshree, who talked about "Continuous deployment at Scale" with the detailed example of how they handle things at Etsy. Glad to see that they use a IRC bot to do the deployment :) 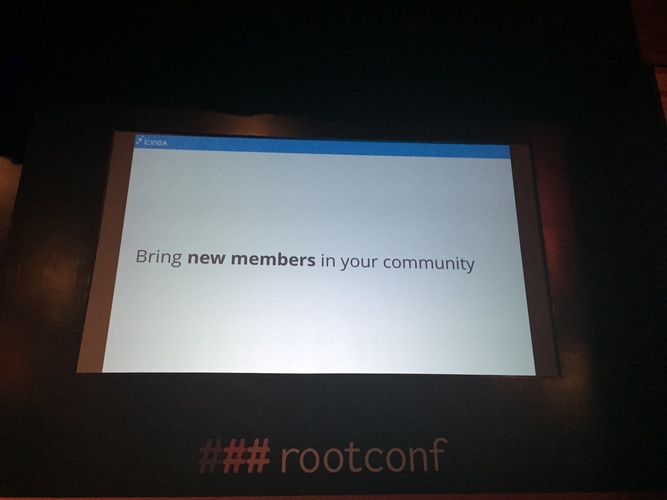 After lunch I attended "Working in and with Open Source Communities" from Bernd Erk. This talk was full with tips about communities, how to treat everyone as member. One major point was about a community leader who should become the balance between the people who talk the most, and the silent ones of the community. He also emphasized about getting new members in the community as "Because you will die someday" :)

Rest of the day we again spent in and around of the Fedora booth. Met Tarun Dua after a long time. I came back in a late night flight to Pune. I will post the links to the talk videos when I get it.