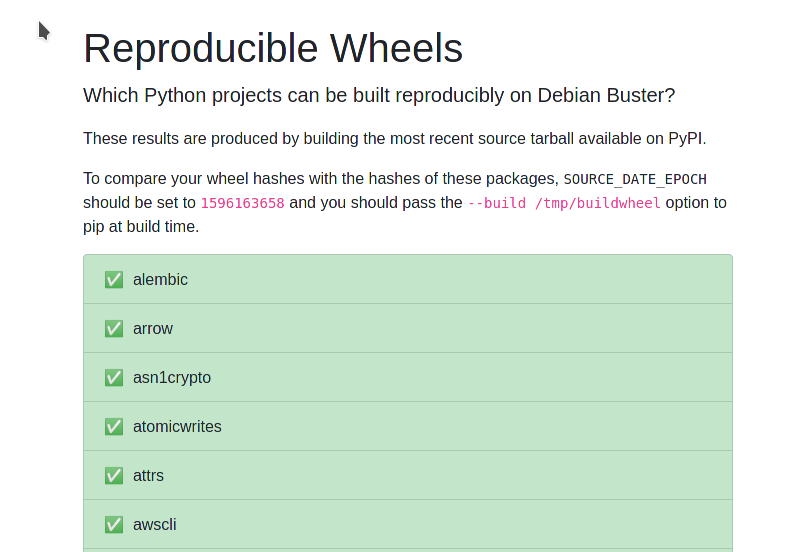 SecureDrop workstation project's packages are reproducible. We use prebuilt wheels (by us) along with GPG signatures to verify and install them using pip during the Debian package building step. But, the way we built those wheels (standard pip command), they were not reproducible.

To fix this problem, Jennifer Helsby (aka redshiftzero) built a tool and the results are available at https://reproduciblewheels.com/. Every night her tool is building the top 100 + our dependency packages on Debian Buster and verifies the reproducibly of them. She has a detailed write up on the steps.