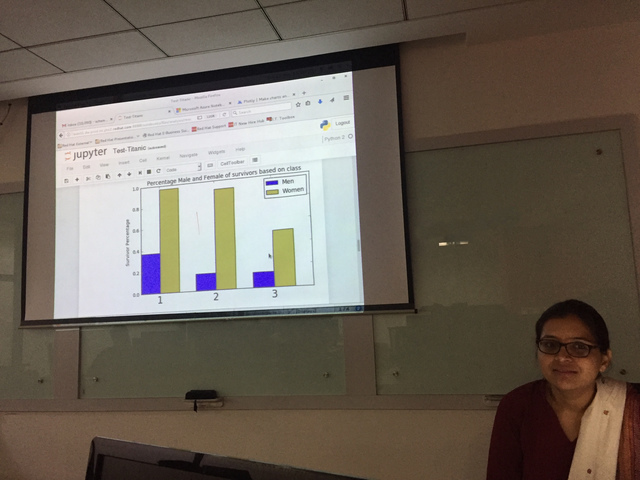 Last weekend we had the PyLadies Pune June meet up. The day started with Shilpee Chamoli taking a data science 101 with Python. As few people were having trouble in installing Jupyter and the other dependencies, I suggested to use Azure notebooks, and a few of us did that. This was the first time I was attending a pandas workshop, even though I packaged it a few years back for Fedora. The simple problem related to Titanic data was fun to work on. 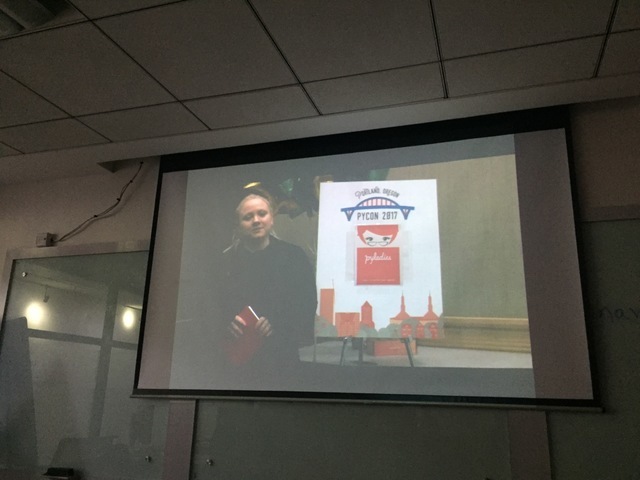 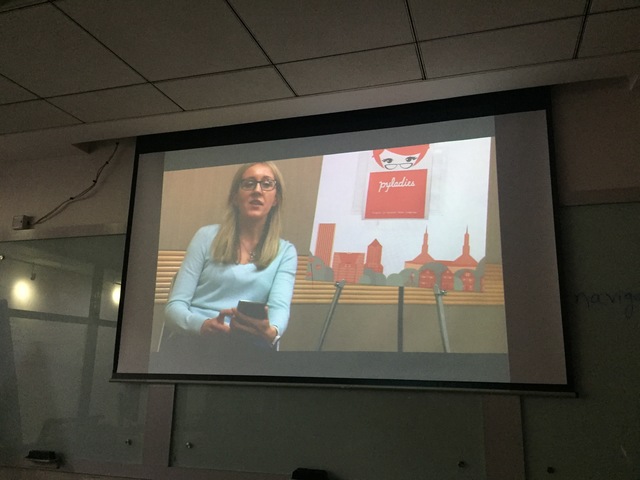 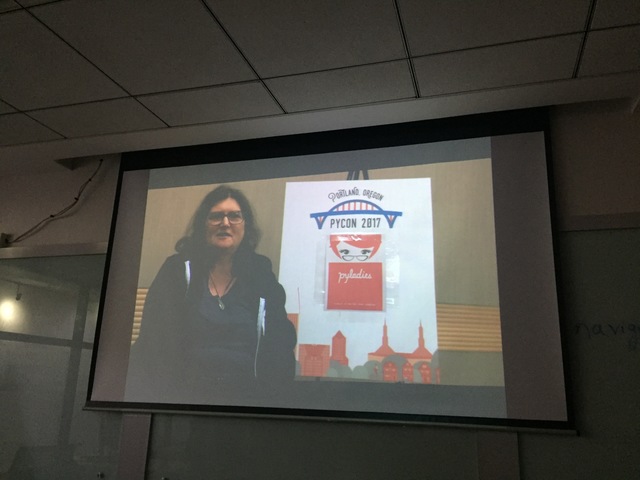 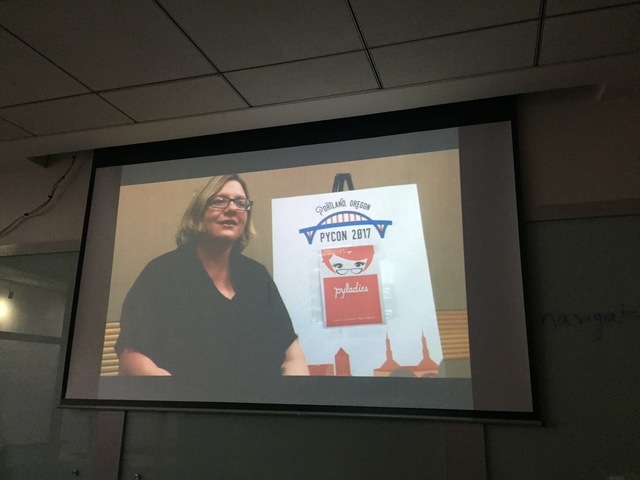 Next, Anwesha shared her experience in PyCon US, and she & Sayan also played the videos they recorded during PyCon. It was a surprise to all of the attendees. In the videos, we had messages from Lynn Root, Ewa Jodlowska, Carol Willing, and Jackie Kazil to the PyLadies Pune group members. Looking at the people's faces, I think that was a really good idea from Anwesha.

After lunch, we started discussing project ideas. Sayan, Praveen Kumar, Chandankumar and me were helping the groups about the ideas. I will be mentoring a group of students for their final year project, which is about a command line bookmarking application, with future features like a corresponding web-frontend etc. Right now, they are busy with the most difficult part of the project, choosing a name for the project :) 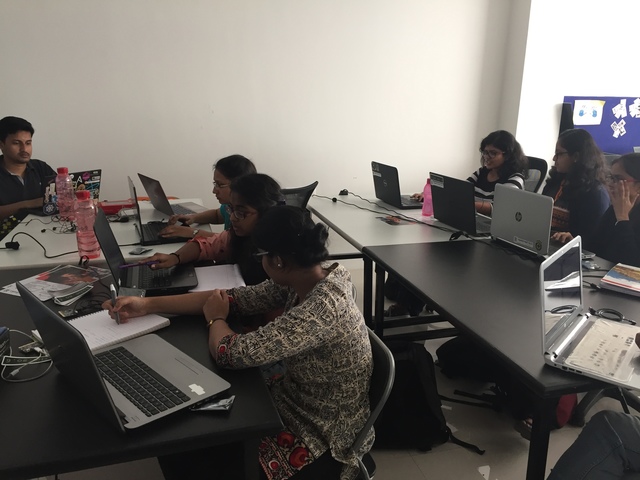 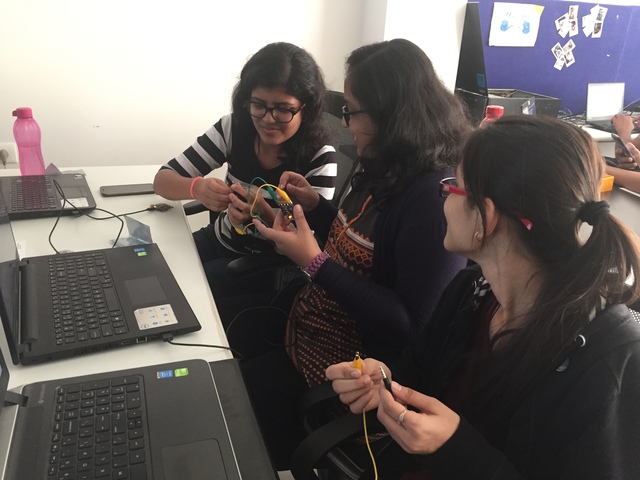 Like many of the previous PyLadies Pune meetups, I took a session in this month’s meetup too. System programming basics was the topic for my session. We did the session for around an hour, but as this month’s session also had a guest session over hangout, we could not go longer. We will do a full day workshop on the same topic in future. 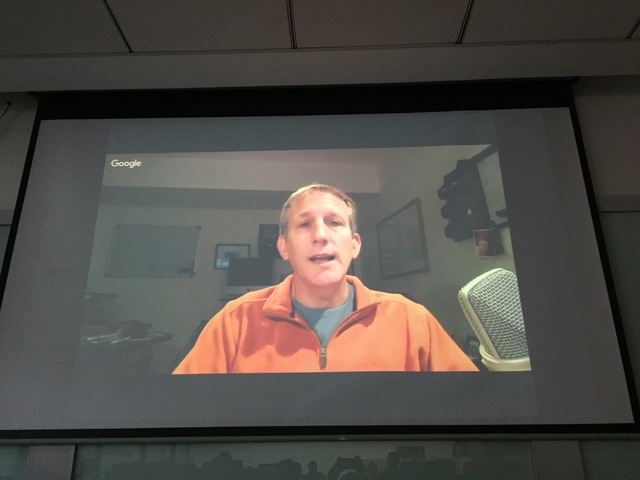 In his session, Paul wrote a very simple game using Arcade module in PyCharm. I relayed any doubts from the participants over chat to him, he responded to those in the live session. You can watch the recording of the full session on Youtube.

Paul had to wake up at 6:30 AM to take this session for us, so all of us were very happy and grateful that he did that for us.

This was the first time Anwesha could not attend the meetup due to Py’s health. We had around 28 people in the meetup, the highest till date.

Tomorrow we have a special PyLadies meetup at the local Red Hat office. Hong Phuc Dang from FOSSASIA is coming down for a discussion with the PyLadies team here. She will be taking about various projects FOSSASIA is working on, including codeheat. In the second half I will be taking a workshop on creating command line shell using Python. 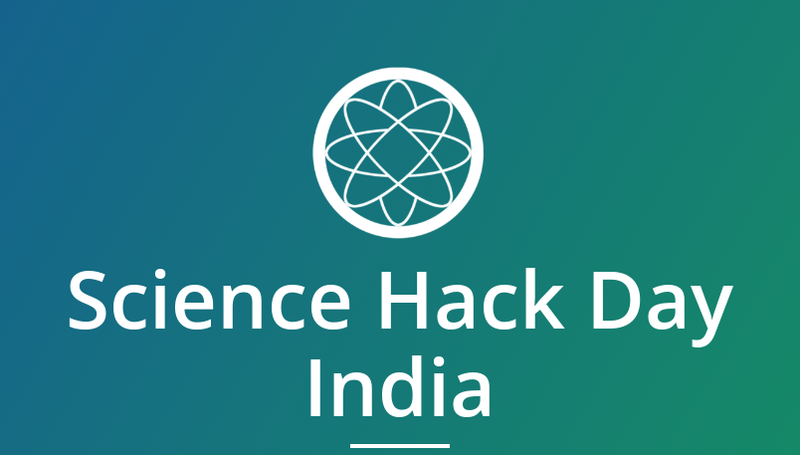 On Friday we will be moving to Belgaum, Karnataka, India. We will be participating in Science Hack Day India, the idea is to have fun along with school kids, and build something. Praveen Patil is leading the effort for this event.