Last Thursday, I visited SICSR, Pune campus as part of University Connect program from Red Hat Pune. This was the second event in the University Connect program. Rupali, the backbone of all community events in the local Red Hat office, is also the primary driving force of this program. Priyanka, Varsha, Prathamesh and I reached office early morning and later went to the college in Rupali’s car. Sayak came to the venue directly from his house. 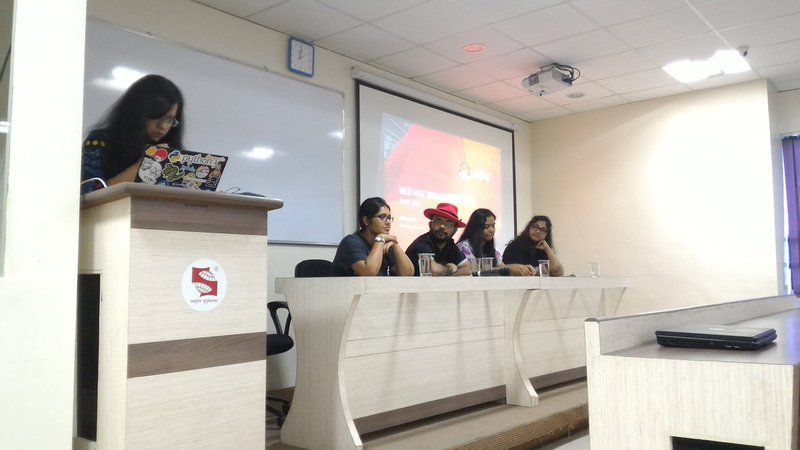 The event started with a brief inauguration ceremony. After that Rupali took the stage and talked about the University Connect program, and how Red Hat Pune is taking part in the local communities. I will let her write a blog post to explain in details :) 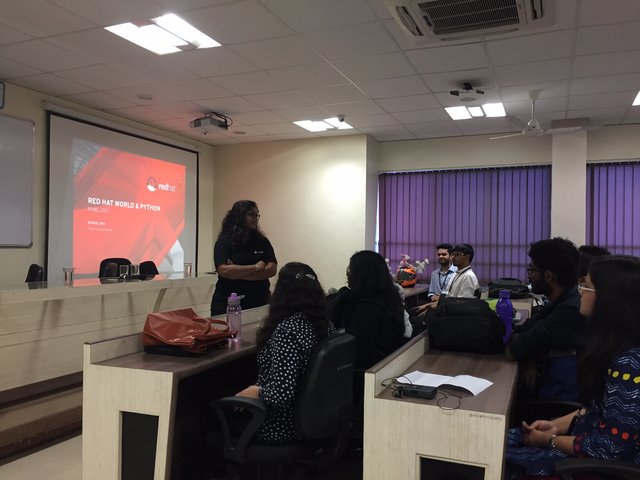 Next, I went up to start talking about the journey of Red Hat, various upstream projects we take part in. Discussing the various product lines Red Hat have. We discussed https://pagure.io and how many Indian students are contributing to that project with guidance from Pierre-YvesChibon. Because Python is already a known language among the students, I had many Python projects as examples. 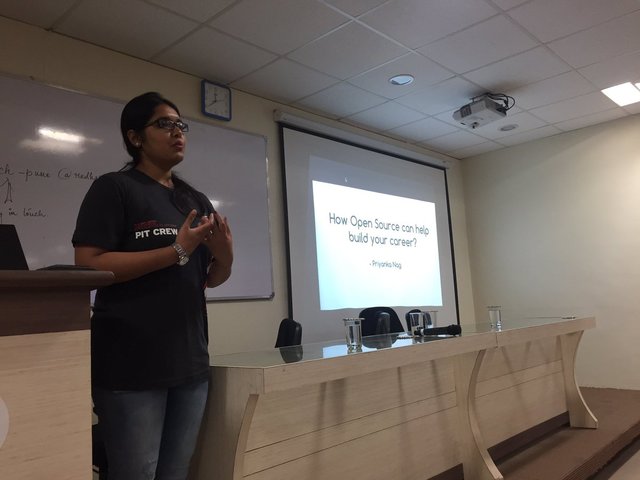 Priyanka took the stage after me; she and Sayak are alumni of SICSR so it was nice for the students to them speaking. She talked about how contributing to Open Source projects can change one’s career. She told stories of her own life, talked about various points which can help a student to make their resume better.

Sayak then took the stage to talk about how to contribute to various open source projects. He talked and showed examples from Mozilla, Fedora, and KDE. He also pointed to the answer Sayan wrote to a Quora question.

At the end of the day, we had around 20 minutes of open QA session.