eduGAIN is a interfederation joining academic identity federations around the world, including over 4781 identify providers & 3519 service providers. The project was initiated by by the GÉANT research and education networking community in Europe.

On 8th of March, there was a key signing ceremony at Sunet office. This was my first chance to be able to attend one such ceremony in real life :) 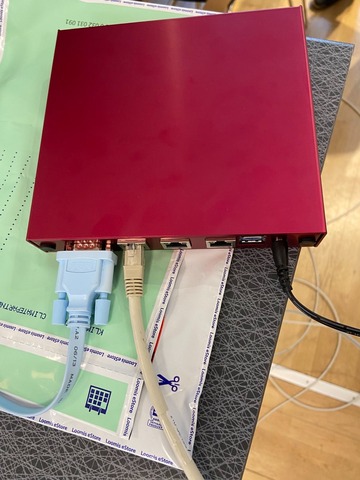 The day before there was test run where I acted like a participant plugging in various cables/Yubikeys. A specific APU based airgapped box was used to generate the key, and it was talking over a serial port. Which in turn was split into two parts, one on a Mac where Björn Mattsson was doing the actual typing of the commands, and the other side was connected to a dot matrix printer. The printer printed every command & output of the ceremony. Apparently there were only 3 such paper rolls were available in whole of Stockholm.

Representants for the eduGAIN service flew in from different parts of EU as witness (there were many more online witnesses) and also participated in the ceremony. We also had many people present in the room (including Leif & I). Leif started describing the steps as they happened. At the end there were two copies of the keys & passphrase were made, and both the copies went to vaults of separate countries. The required material was also synced with the HSM cluster with the help of a super long cable :) 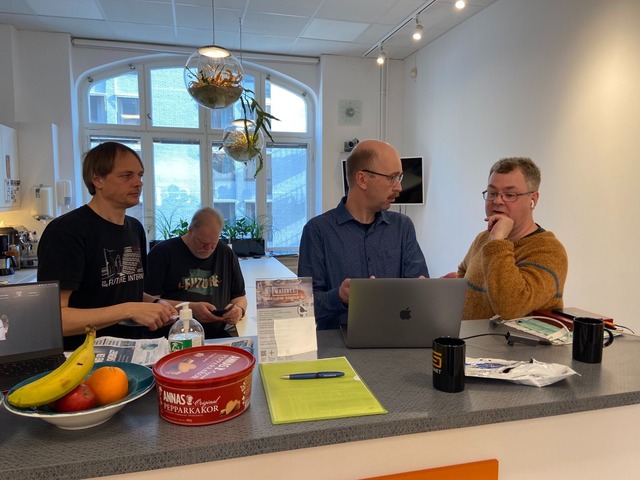 At the end of the ceremony the witnesses signed the printer pages containing the output. 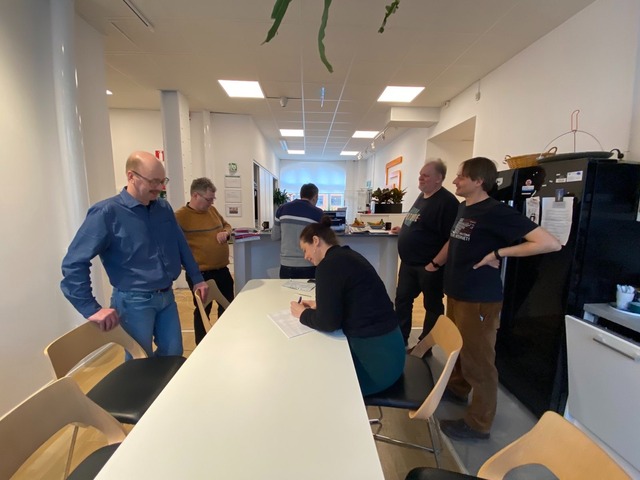 This was a fun but important event for me to watch. The keys are generated for the next 20 years, so a lot of things will change in the world by the time we will have to do it again :) You can watch it all on Youtube.