At Sunet, we have heavy OpenPGP usage. But, every time a new employee joins, it takes hours (and sometime days for some remote folks) to have their Yubikey + OpenPGP setup ready. 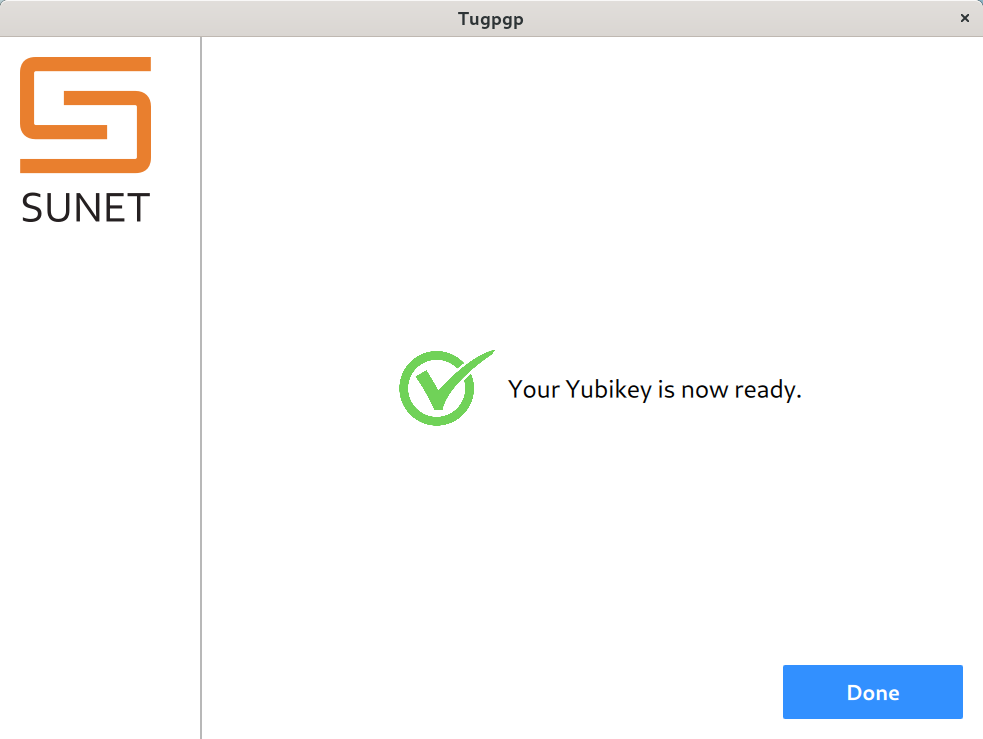 Tugpgp is a small application built with these specific requirements for creating OpenPGP keys & uploading to Yubikeys as required in Sunet. The requirements are the following:

We have an Apple Silicon dmg and AppImage (for Ubuntu 20.04 onwards) in the release page. This is my first ever AppImage build, the application still needs pcscd running on the host system. I tested it on Debian 11, Fedora 37 with Yubikey 4 & Yubikey 5.

Oh, there is also a specific command line argument if you really want to save the private key :) But, you will have to find it yourself :).

If you are looking for the generic all purpose application which will allow everyone of us to deal with OpenPGP keys and Yubikeys, then you should check the upcoming release of Tumpa, we have a complete redesign done there (after proper user research done by professionals).

I just now released v0.13.0 of my johnnycanencrypt project. It is a Python module written in Rust, which provides OpenPGP functionality including allows usage of Yubikey 4/5 as smartcards. From 0.12.0 it is now licensed as LGPL-3.0-or-later.

Major updates in this release (and in the previous one are):

For many folks disabling the OTP application in the Yubikey is must, otherwise we all saw random bytes dropping on the shell/document/chat thanks to a touch to the key. I tested the code in both Yubikey 4 and 5. I hope this will work well in the field.

A couple of days ago I released Johnnycanencrypt v0.11.0. It is a Python module for OpenPGP written in Rust.

The most interesting update is for Linux users, now we have pre-built wheels for Python 3.8, 3.9, 3.10 & 3.11. You can just install that via python3 -m pip install johnnycanencrypt. You can also do the same on Intel Macs (for Python 3.10 and 3.11). But, I failed to build for Apple Silicon systems. I will work on it in the coming weeks.

To know the Yubikey card version we can call get_card_version function written in Rust.

Or directly use the function get_card_touch_policies to get a list of policies for the current Yubikey.

Then we now can also set the touch policies for a given Yubikey. For example:

It will be nice to see what people will build on top this. I also missed to blog about the v0.10.0 release. You should that changelog too.